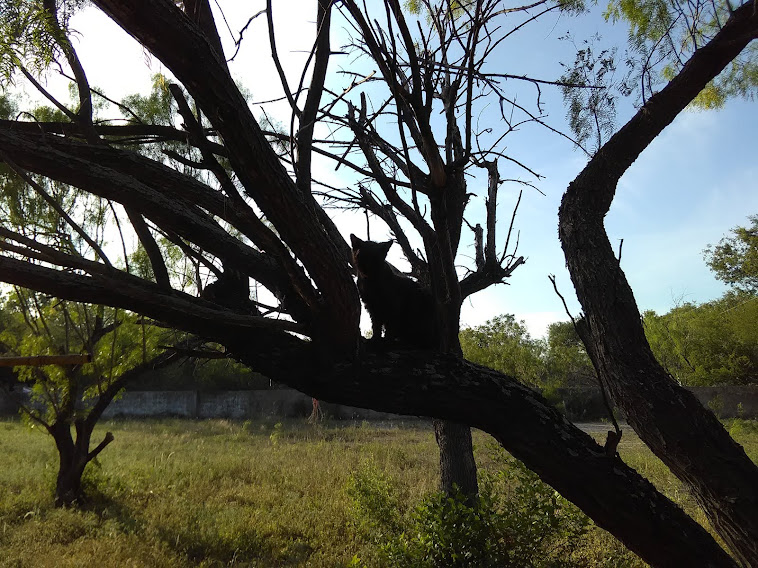 Katie and her kittens

I remember Katie's last litter...she would bring them...then out of the blue take them elsewhere. The same holds true for her recent offspring. They had made their home under dad's old car and boom...they disappeared.

It was late in the afternoon a couple of days ago when I looked out the kitchen window and I saw something move in the small tree by dad's car. Sure enough it was her two kittens learning to go up and down the tree. One of them which for some reason I think it is a girl is the spitting image of Katie including her bunny tail. The other looks just like Nico but he is fixed so he is not the father.

My cellphone sucks so I was not able to take a good picture of them.  This one is when she is nursing them but again it is not a good quality photo.  Hopefully, I will get a chance to photograph them in the not too distant future. 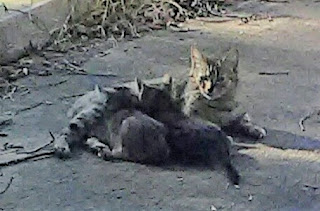 I love watching the little kittens run around playing with tree sticks and limbs.  It reminded me of when my boys were small. Though I think they must be eight to nine weeks old.  I still do not believe she only had two kittens. Maybe she will bring the rest soon?

Thank you for visiting Walter's World. 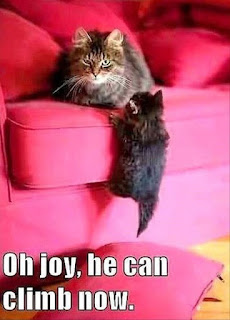 Email ThisBlogThis!Share to TwitterShare to FacebookShare to Pinterest
Labels: Katie and her kittens
Older Posts Home
Subscribe to: Posts (Atom)