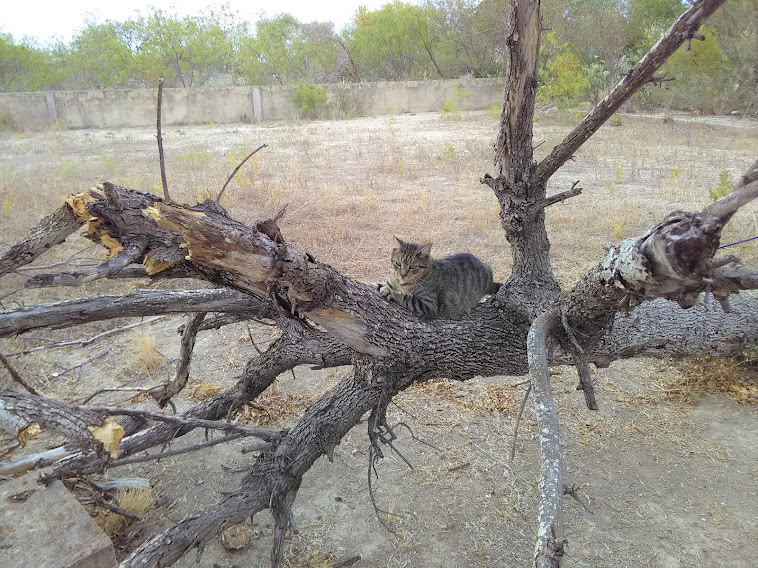 Something is not right with Katie

For those new to my blog...Katie is a little stray that has been hanging around the house for about a year and a half. She is a pretty little thing with a bunny tail and this is the second litter she has had at Mom's house.

I have tried to make friends with her but like most strays who have never had the benefit of a caring human or even a place to call home...she is very leery of people and won't allow anyone to come near her.

I have noticed that for the past three days she has not wanted to eat. I thought perhaps due to the high temperatures she might be suffering from heatstroke or something. Like I mentioned before she takes off running if I invade her personal space.

Late this afternoon after I fed her now full-grown kittens I was curious as to WHY she did not join them. That is when I saw that one of her front paws was enlarged and that there was blood by the side of the old washing machine in which I feed her and her brood.


I wish she would let me help her. One of my dear friends told me to put Aloe Vera on her paw but there is NO WAY she is ever going to allow me to let that happen.

I have unsuccessfully tried to upload pictures of her paw this evening. This new Blogger is making it hard for us to use the "old version". If this keeps up they are going to lose a lot of older bloggers as we tend to not be as tech-savvy as the younger ones.

Thank you for visiting Walter's Blog. 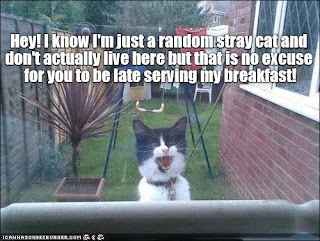 Email ThisBlogThis!Share to TwitterShare to FacebookShare to Pinterest
Labels: Something is not right with Katie